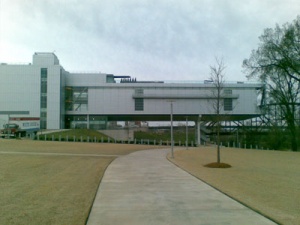 The elevated design of the building meant that wind uplift was a concern. A model of the building had to be tested in a wind tunnel. The Polshek Partnership solved the problem of solar gain on the west side of the building by adding the "front porch."