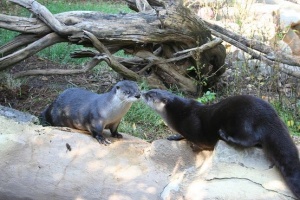 Otters at the Little Rock Zoo. Photo by Katy Simers. 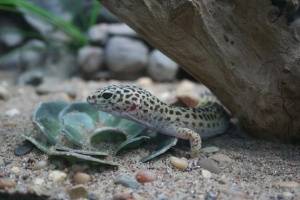 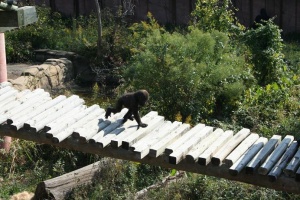 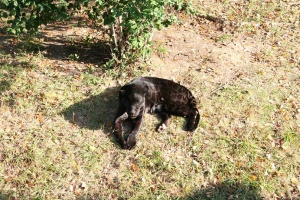 Sydney the jaguar at the Little Rock Zoo. Photo by Katy Simers. 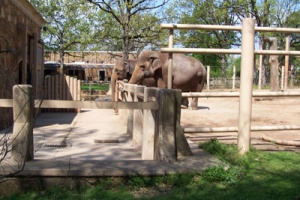 Elephants at the Little Rock Zoo. Photo by Phil Frana. 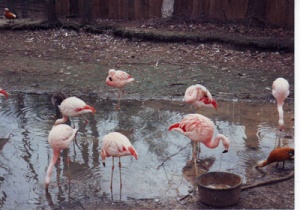 Flamingos at the Little Rock Zoo. Photo by Caroline Borden. 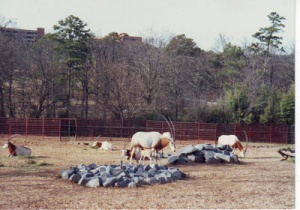 Oryx at the Little Rock Zoo. Photo by Caroline Borden.

The zoo had modest beginnings. When the zoo opened in 1926 it had only two animals: a timber wolf and a brown bear. Not to worry, though, because now the zoo is the only public one in Arkansas and is accredited by the American Zoo and Aquarium Association. The zoo offers all that can be expected from a zoo, including elephants, rhinos, giraffes, lions, tigers, monkeys, apes, and even their newest addition, sloth bear cubs (as of December 26, 2004). The female gorilla Trudy is more than fifty years old.

A Works Progress Administration-era big cat house has been transformed into a full-service restaurant called Café Africa, a new attraction called Lorikeet Landing is now open, and an African Veldt addition is under construction.

The Little Rock Zoo is located on thirty-three acres of land at #1 Jonesboro Drive near War Memorial Stadium. From October first to March thirty-first, the zoo is open from 9:00 am - 4:30 pm. From April first to September thirtieth, the zoo is open from 9:00 am - 5:00 pm. The zoo only closes on Thanksgiving, Christmas, and New Year's Day. Ticket prices are $8.00 for adults (13+), $6.00 for children (1-12) and senior citizens, $4.00 each for groups (ticket reservations must be made ten days in advance and at least fifteen people must be in the group), and infants attend for free. If you visit the zoo often and want to save money while also helping the zoo, you can become a member. Membership information can be found here: Little Rock Zoo Memberships.