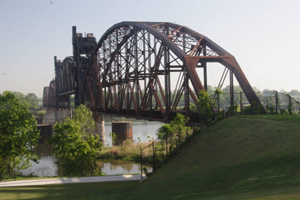 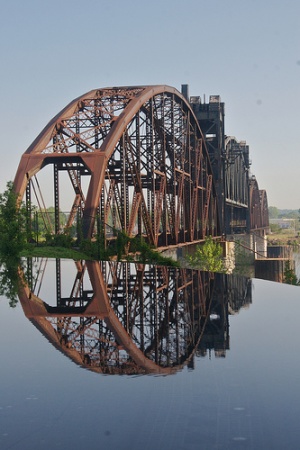 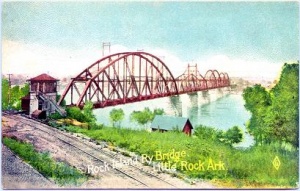 The Rock Island Railway Bridge, built in 1899 under chief engineer F. A. Molitor, has as its south approach the grounds of the Clinton Presidential Center in Little Rock, Arkansas. The vertical lift span was added in 1972.

The bridge is expected to one day connect the North Little Rock and Little Rock parts of the Arkansas River Trail on the east side of the sister cities. In November 2007 Clinton Foundation spokesperson Jordan Johnson explained delays to the renovation of the bridge on the grounds of the William J. Clinton Presidential Center and Park: "No doubt we originally didn't expect it to cost that much. But the price of steel is the main cost factor, along with other aspects we wanted to include to ensure we were going to get it right and have a structure everyone can be proud of." Johnson said that the Foundation had met with officials in Pittsburgh who were pursuing a similar bridge renovation project, and explored the possibility of federal grant programs to fund part of the cost. Despite the obstacles, he said, "The importance of the bridge in terms of River Trail usage, economic development and tourism purposes is clear, and we are proceeding with finalizing the best possible plan from both a design and cost standpoint."