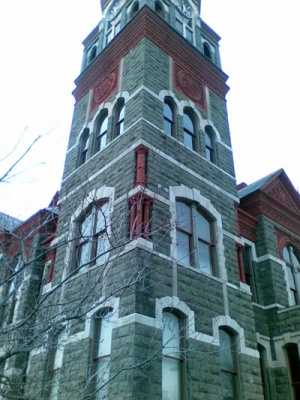 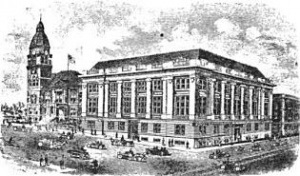 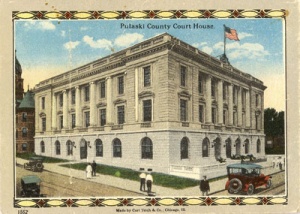 The Pulaski County Courthouse is in Little Rock, Arkansas, at the corner of Second and Spring streets. The blue granite courthouse is named for Count Casimir Pulaski, Polish ally to the American government in the Revolutionary War. The Pulaski County Courthouse was constructed between 1887 and 1890 for $100,000. In 1914 the architect George R. Mann added an annex to the original structure. The dilapidated clock tower was removed in 1961, but replaced by historic preservationists around 2001.

County government came to Pulaski County on May 24, 1819, with a first session at the home of Samuel McHenry. In 1820 the first General Assembly of Arkansas Territory located county government in the town of Cadron at the outlet of Cadron Creek along the Arkansas River near Conway.