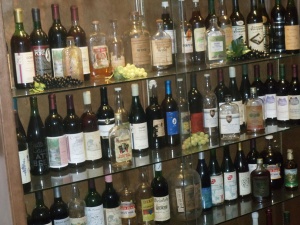 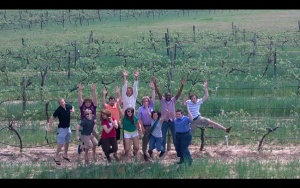 Wineries have a long and storied history in the state of Arkansas.

The Arkansas River Valley in particular has great natural potential for grape growing due to its mountains, valleys, and well-drained sandy soil. Altus is home to four wineries: Post Familie Vineyards & Winery, Wiederkehr Wine Cellars and Vineyard, Mount Bethel Winery, and Chateau Aux Arc Vineyards & Winery. The wineries can be traced back to the 1870s when German-Swiss immigrants settled in the area and began to grow grapes. Johann Andreas Wiederkehr dug out his first wine cellar in 1880. German emigre Jacob Post, fleeing the Franco-Prussian War, founded the Post Familie Vineyards & Winery that same year. Later, his descendant Eugene Post founded Mount Bethel Winery on the original site of the Post Winery, which remains one of the largest in Altus. Each of these places offer free tours and a variety of other tourist attractions. In 1984, the federal government declared 12,800 acres around Altus an American Viticulture area.

Italian immigrants raised grapes and made wine in and around Tontitown in Washington County. Eventually, a grape juice plant opened in nearby Springdale, which purchased large quantities of grapes for making Welch's grape juice and other non-alcoholic products. The Welch Food plant closed in 1978. In the 1980s a number of local wineries went out of business, including Granata, Dixie Pride, Mantegani, Morsani, and Niel's. The Tontitown Winery, owned by Sandi and Sandy McKim, opened on October 15, 2010, in the former home occupied by the Dixie Pride Winery.