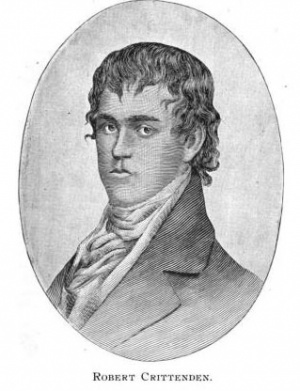 Crittenden was a War of 1812 veteran. His father had served in the Revolutionary War.

Crittenden was also publisher of The Arkansas Advocate, the first serious rival newspaper to the Arkansas Gazette. The Advocate was established in March 1830. In 1831 the Advocate won from the Gazette the printing contract offered by Little Rock public offices.

Crittenden died in 1834 while arguing a case in Vicksburg, Mississippi.