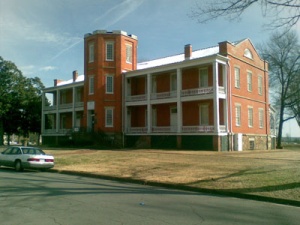 The MacArthur Museum in Little Rock. Photo by Phil Frana. 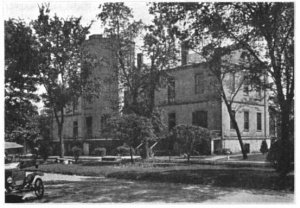 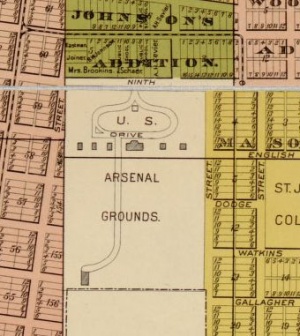 History of the Arsenal

Planning for the Little Rock Arsenal began in 1836 with the purchase of thirty-six acres of land just south of the burgeoning business district and new state capitol. The red brick Federal-style Arsenal building was completed in 1840, and was used as an munitions store. By the time of the Civil War the arsenal complex included a Workshop, Magazine, Commandant's House, and Bragg's Battery.

On February 8, 1861, the Arsenal was attacked by Confederate forces and its store of ammunition, cannon, and other weapons captured.

Between 1942 and 1997 the Arsenal housed the Arkansas Museum of Natural History and Antiquities. The museum was founded on Main Street in 1927 by Julia Burnell (Bernie) Smade Babcock. The original artifacts were donated by missionaries. One of the most popular artifacts on display was the so-called "Head of a Chicago Criminal."