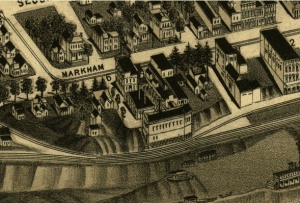 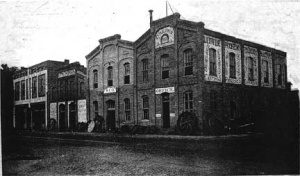 The Little Rock Foundry in the 1890s.

Wing was a native of Oswego, New York. He became a machinist's apprentice at the Lake Ontario Iron Works, and in 1858 began a lengthy journey through the South, stopping in places like Richmond, Virginia, and New Orleans to tour the local foundries. He then decided to seek his fortune in Central America, and traveled to the Yucatan, British Honduras, and Spanish Honduras. He worked the placer mines of Olancho for a time before returning to the United States and joining the Western & Atlantic Railroad in Atlanta, Georgia, as a machinist.