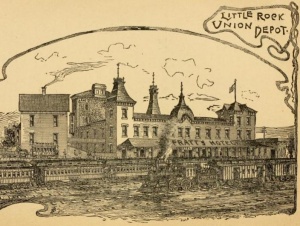 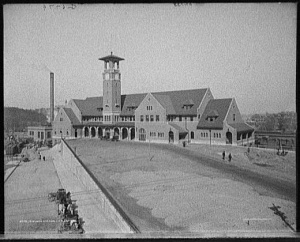 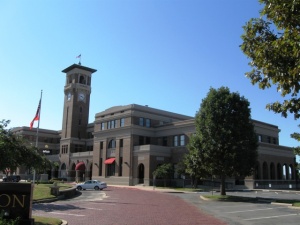 The original Union Station was constructed in 1885. Pratt's Hotel was located inside the depot in the late nineteenth century. The first station burned to the ground in 1900. It was rebuilt only to burn again in a 1921 fire. Only the clock tower and Italian Renaissance arches survived the second fire.

Union Station was reconstructed in the Prairie style in 1921 after fire gutted the older Union Station Depot. The four-story station contains 110,000 square feet and covers 5.6 acres at the west end of Markham Avenue. The Missouri Pacific Railroad sold the station on April 27, 1973, to Train Station, Inc.