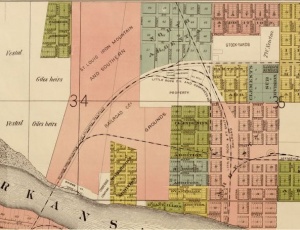 1888 Map of the Grounds of the Iron Mountain Railway in North Little Rock. 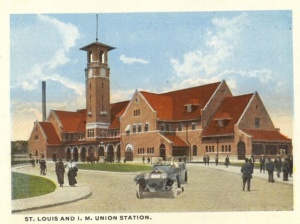 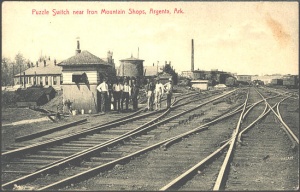 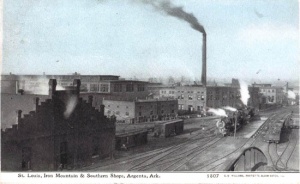 The St. Louis, Iron Mountain, and Southern Railway ran from St. Louis, Missouri, through Little Rock, and down to Texarkana, Arkansas. The railway was created by an act of the legislature of the State of Missouri on March 3, 1851. Groundbreaking on the railway took place in October 1853. The line's first locomotive to reach North Little Rock arrived on February 7, 1873. On December 21, 1873, the railway company completed the Baring Cross Bridge across the Arkansas River.

Jay Gould assumed ownership of the railroad in 1882. The company acquired the Little Rock and Fort Smith Railroad in 1906. The St. Louis, Iron Mountain, and Southern became part of the Missouri Pacific Railway on May 12, 1917.