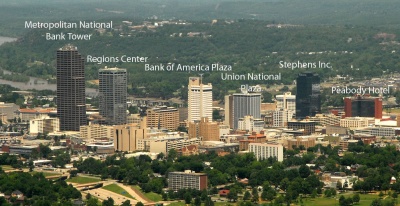 The twenty-one story Union National Bank Building at 124 West Capitol Avenue was the tallest tower in Arkansas in 1968 and 1969. The building was constructed by the Pickens-Bond Construction Company.