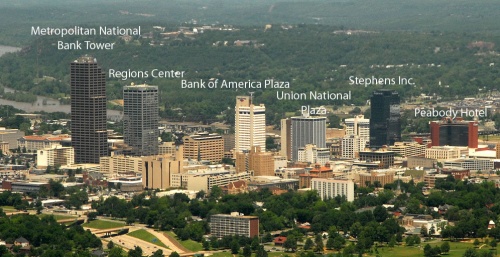 The Stephens Building was constructed by the Pickens-Bond Construction Company. The office tower contains 432,108 square feet of usable office space and thirteen elevator shafts. The base of the building is made of burgundy granite. A 740-space parking garage is across the street. It is surrounded by a number of historical landmarks, including the Capital Hotel, the Pulaski County Courthouse, and the Old State House.

The Stephens Building is managed by the Doyle Rogers Company, which operates out of the structure.