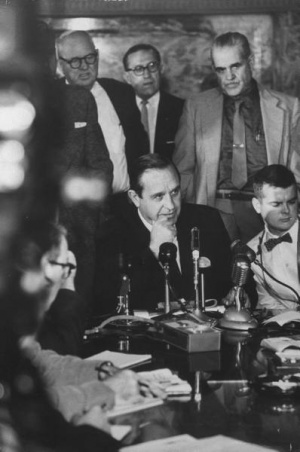 In 1957 Faubus sponsored successful legislation that increased the severance tax on minerals, increased the state sales tax by one cent, and replacing the personal exemption on state income taxes with a tax credit. The legislation led to a forty percent increase in state funding for education.

In the fall of 1957 Faubus received national attention for opposing the integration of Little Rock's Central High School with the National Guard, in violation of Brown v. Board of Education (1954).

Faubus was born in Combs, Arkansas. He retired to a mansion outside Huntsville, Arkansas.