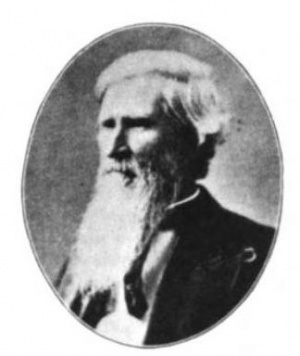 Henry Massey Rector was the sixth governor of the State of Arkansas, serving from November 16, 1860, to November 4, 1862.

Henry Rector was born to Elias and Fanny B. Rector near Louisville, Kentucky, on May 1, 1816. In his teen years the future governor drove horses at his stepfather Stephen Trigg's salt mine in Missouri. He then attended formal school in Louisville for one year before returning to Arkansas to manage lands left to him by his father. He became teller of the State Bank in 1838, but returned to farming in rural Saline County.

When President Abraham Lincoln called for Arkansas troops to defend the Union in April 1861, Rector is said to have responded: "In answer to your requisition for troops from Arkansas to subjugate the southern states, I have to say that none will be furnished. The demand is only adding insult to injury. The people of this state are freemen, not slaves, and will defend to the last extremity their honor, lives and property against northern mendacity and usurpation." He then moved to take control of the Little Rock Arsenal and the Fort Smith Arsenal.

In a quirk of CSA constitutional business Rector was not preserved as governor of the state beyond 1862.