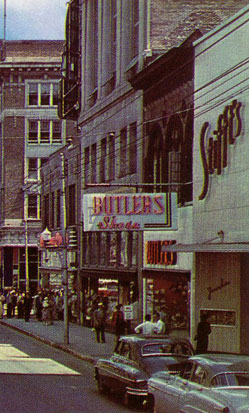 Stifft's Jewelers around 1950. Detail from postcard.

Over its long history the store sold watches, fine clocks, sterling silver, lead crystal, diamonds, and fine jewelry. The store is said to be the first business in the state fitted with an elevator and with air conditioning.