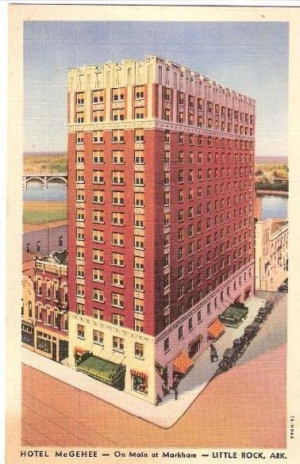 The sixteen-story Ben McGehee Hotel was the tallest building in Arkansas from 1930 to 1960. It was designed by architect Julian Bunn Davidson and constructed by Little Rock contractor Benjamin Collins McGehee.

The hotel was renamed the Grady Manning Hotel twenty years later. The hotel was demolished on February 17, 1980, to accommodate the construction of the Statehouse Convention Center and the Excelsior Hotel.