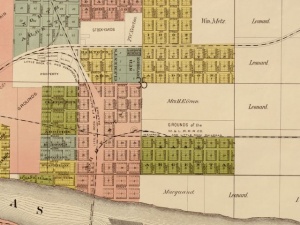 The Argenta Historic District is an urban neighborhood in North Little Rock, Arkansas. The district runs along Melrose Circle and Willow Street south to West Fourth Street, and along North Main Street from West Sixth Street to West Third Street. Argenta is the original name given to the City of North Little Rock and is a derivation of the Latin word for silver: "argentum." The city took this name from 1904 to 1917 because of a silver mine operated by the Southwest Arkansas Mining Company ten miles north.

The district witnessed an influx of businesses during the 1920s, which tapered off by the 1950s and residents moved out of the downtown district. Longtime fixtures that closed or moved away included Haverty's Furniture and the Liberty Movie Theater.

Other businesses and services