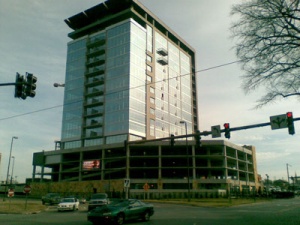 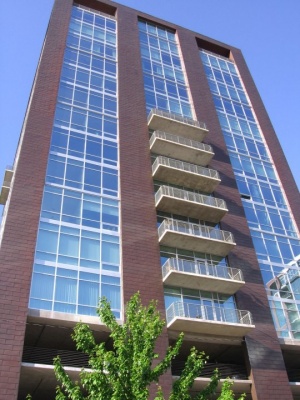 300 Third Tower is a nineteen-story, eighty-five unit mixed-use luxury highrise adjacent to Interstate 30 in Little Rock’s River Market District. The Tower, completed in April 2007, offers an outdoor pool and french balconies for all residents. The north side of the building is dominated by an electronic billboard. The $45 million 300 Third Tower replaces Innerplan Office Interiors formerly located on the site, and is the largest building project in twenty-five years in the downtown district. The 300 Third Tower is owned and operated by Moses Tucker Real Estate. The Tower is located at the corner of Third and Cumberland streets, and was designed by local architect Rick Redden of AMR Architects. The intention of the owners in siting the building at Third and Cumberland was to begin connecting the River Market with Capitol and Main streets in the central business district. General contractors on the Tower were East Harding Construction and Hensel Phelps Construction.

Copper Grill & Grocery, a "gourmet-to-go" fresh-market grocery with prepared foods, will open on the street level of 300 Third Tower on July 10, 2008. The grocery was originally to be called the "Food Palace" in homage to an early grocer in the area.