University of Arkansas at Little Rock 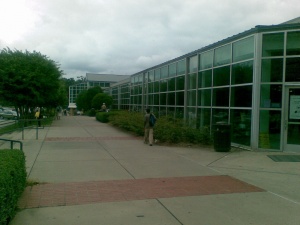 The University of Arkansas at Little Rock (UALR) is a metropolitan state university located in Little Rock, Arkansas. The university's annual enrollment is about 12,000 students.

The university was founded in 1927 as the Little Rock Junior College, an entity administered by the Little Rock School District. In 1949 the school moved to its current campus location on south University Avenue. The school was renamed Little Rock University in 1957 after becoming a private, four-year institution of higher education. In 1969 the university became a part of the University of Arkansas system. The University of Arkansas Law School became part of UALR in 1975. The UALR Graduate School was established in 1977. A doctoral degree was offered for the first time in 1990. Student residence halls opened on campus beginning in 1992. The Benton Center opened in 1995. In 2004 the school purchased the University Plaza Shopping Center.

In February 1997 President Clinton selected UALR as the educational affiliate of his proposed Clinton School of Public Service.

The address of UALR is 2801 South University Avenue.

The William H. Bowen School of Law is located on a separate campus downtown near MacArthur Park. The Bowen School has a special law library, and publishes the UALR Law Review and the Journal of Appellate Practice and Process. The school is touted by the Princeton Review as one of the top 170 law schools in the nation.

The Arkansas Nanotechnology Center is also located on the UALR campus.