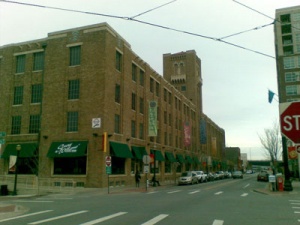 The Museum Center in the historic River Market. Photo by Phil Frana. 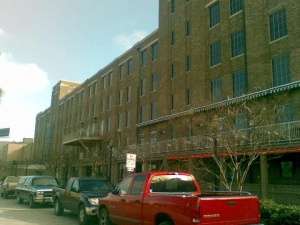 Back side of the Museum Center. Photo by Phil Frana.

The Museum Center, originally called the Terminal Building, was constructed in the 1920s. From about 1985 to 1991 the building housed the printing presses of the Arkansas Democrat newspaper, and then became a storage building owned by Democrat-Gazette publisher Walter E. Hussman Jr.. It underwent a $4 million purchase and renovation in the mid-1990s and reopened as the home of the Museum of Discovery in 1998. Much of the funds for the construction came from the FUTURE-Little Rock sales tax and a private fundraising campaign. Said Little Rock Parks and Recreation director Bill Bunten, "It's a wonderful building for a museum because of access to Riverfront Park, the plans to make that area along East Markham an entertainment district and its tremendous amount of capacity. No other site, and there were a lot we looked at, had all those advantages." The museum occupies 44,000 square feet of the 200,000 square foot building.