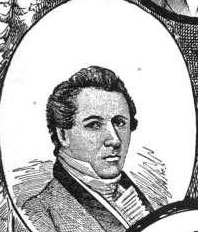 Conway was born to parents Thomas and Ann Conway in Greene County, Tennessee, in 1798. He was trained as a surveyor and in 1820 began a systematic survey of Missouri Territory, which then included Arkansas. Conway is considered the founder of the City of Little Rock as his surveying business controlled the land where the city sprang up. Between 1832 and 1836 he was the surveyor-general for the Arkansas Territory. He was elected Democratic governor of the state in 1836, and served until 1840. His administration was marked by a number of financial crises brought about by mismanagement of the Bank of the State of Arkansas and the Real Estate Bank of the State of Arkansas.

In 1840 Conway retired to his cotton plantation on the Red River. He died in Walnut Hills, Arkansas, on March 3, 1855.