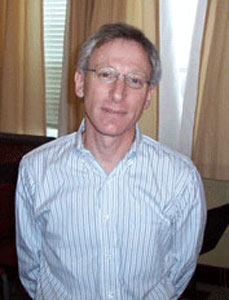 David Itkin is conductor of the Arkansas Symphony Orchestra. Itkin is both a nationally and internationally known conductor. In addition to his work as the principle conductor of the Arkansas Symphony Orchestra, a position he has held since September 1993, the Abilene Philharmonic (a position he acquired in 2005), and the Las Vegan Philharmonic (since 2007) he has also guest-conducted orchestra all over the world. He has conducted in forty-four states and fifteen countries. His work has taken him to San Diego, Indianapolis, Baltimore, and Reno, as well as to Winnipeg, Canada, Seoul, South Korea, and Ljubljana, Slovenia.

In addition to he work as a conductor, he is also an accomplished composer. "Jonah" (2000), a tone poem for narrator and orchestra was nominated for the 2001 Pulitzer Prize. His oratorio "Exodus" premiered in April 2005, narrated by William Shatner.

Itkin is married to Teri Itkin, and has a daughter Stacia and stepson Christopher.