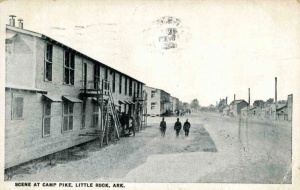 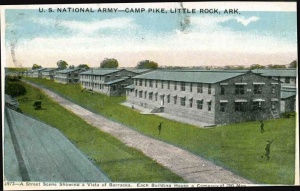 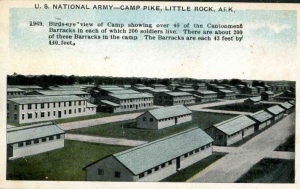 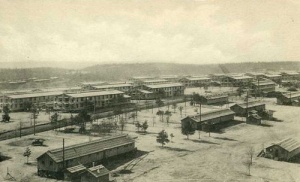 Camp Pike was established on 13,000 acres of land by the U.S. Army in 1917. The camp, named for explorer Zebulon Montgomery Pike, was originally used to train the Eighty-Seventh Army Division. The maximum capacity of the camp was 65,000 soldiers.

The original siting of Camp Pike was engineered by the Little Rock Board of Commerce, which donated the land and built roads for the Army. The Army itself constructed more than two thousand buildings on the site. Military engineer John R. Fordyce supervised construction of the camp. The contractor on the facility was Jason Stewart and Company of New York and St. Louis.

The camp was originally commanded by major-general Samuel D. Sturgis.