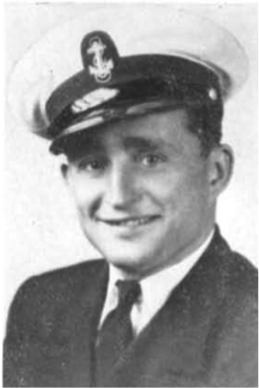 Rogers was born to Mr. and Mrs. A.L. Rogers. He had one brother, Ova Leon Rogers, and three sisters, Ann, Billie Jo, and Betty Ruth Rogers. Rogers attended UCA, called Arkansas State Teachers College at the time, from 1939 to 1940, and then attended University of Arkansas at Fayetteville until he enlisted in the service.

Rogers entered the United States Naval Air Forces at Corpus Christi, TX in February 1942 and was sent to Louisiana and Pensacola, FL to receive flight training.

Rogers died while completing his training in high-altitude flying. He was killed when his oxygen failed him during a training flight seven days before completion of the program.