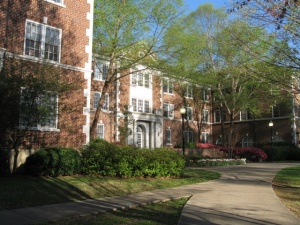 The UCA Honors College is an interdisciplinary program at the University of Central Arkansas (UCA). The program was founded in 1982 under the direction of professor of philosophy Dr. Norbert O. Schedler. The UCA Honors College leads to the receipt of a minor in Interdisciplinary Studies. Successful completion of the minor requires a senior thesis or a supplemental senior project such as a performance, exhibit, or other creative work. The Honors program derives its pedagogical underpinnings from the traditional small liberal arts college. It prides itself on small class sizes, intimate teacher/student relationships, and intense study of a variety of interdisciplinary subjects.

The Honors Program encompasses the first two years of study in the Honors College. They take one Honors course per semester freshman and sophomore years to fulfill general education requirements. All students by the end of their sophomore year declare a major in one of the departments on campus. take five courses in your junior and senior years to achieve a minor in Honors Interdisciplinary Studies.

Students typically show leadership (often dominate) student government, Greek life, the fine arts, tutoring, and volunteer organizations. Students in the program are taken with the expectation that they will go on to graduate school or commit themselves to some other professional, post-baccalaureate training or public service career.

The main characteristics of program classes are restricted enrollment – students who participate in Honors classes have met specific criteria and our courses are thus not open to the general student body. All of the classes are taken with Honors student scholars and peers. Class size is limited to about 12 in the freshman year. Honors classes typically involve much more student-faculty interaction, and mutual discovery of knowledge through discussion, critical reading, writing, laboratory experience, and research. Honors students have the support of in-class upper division student assistants who live among you and serve as adjuncts to the faculty members populating each and every class. The students are practicing teachers and potentially future educators themselves. Oral and written expression is essential – students will be encouraged to share their ideas and perspectives opening in a nurturing environment. The goal of Honors coursework is enrichment, not extra work

Students need to take one course every semester to keep scholarship. Most of the UCA class work will be completed elsewhere on campus, in departments and declared major courses of study. Students take one Honors course, a specially-designed interdisciplinary seminar (team-taught in the freshman year) every semester. During the freshman and sophomore years, those courses will substitute for general education courses mandated by UCA.

The Honors College emphasizes the practical, real world application of ideas learned about in Honors classes, and have a built in service learning component in the freshman year. Honors College and UCA have mutually-reinforcing goals:

The GPA requirement at the end of the freshman year is 3.250.

Matriculation into the Honors College minor degree program in Honors Interdisciplinary Studies requires a 3.400 GPA and passing a sophomore lecture exercise, in addition to the standard rising junior standard of 60 credit hours completed. Students need to take one course every semester to maintain their Honors scholarship. Students will complete a senior thesis project in association with specially-trained research and writing faculty, in direct contact with an individual faculty mentor. That thesis may represent traditional research and scholarship, or it may be a creative project of the student’s choosing. The Honors College is in the business of creating self-learners, and co-educators in the classroom, and the thesis project is the capstone project in that regard. The College hopes to produce students who are

Honors students are also part of a student organization called the Honors Center Society, which offers social activities, mentorship programs, and a voice in administrative decisions.

The benefits are scholarship supplements, private room upgrades in Farris Hall, travel abroad grants and research grants and internship support, retreats and banquets, special facilities like the Honors Forum in McAlister Hall and the Performance Room in Farris Hall, and the intangible benefits of a living-learning organization and close cooperation and mentoring opportunities with Honors faculty members. Upperclassmen are encouraged to apply for special Honors Travel Abroad Grants (TAGs) and Undergraduate Research Grants in Education (URGEs). Students have traveled to the Himalayas to conduct oral history interviews with sherpas, to the Indian subcontinent to follow midwives on their rounds, and to Honduran orphanages.

The current dean of the Honors College is Rick Scott. Scott is a professor of interdisciplinary studies and past professor of sociology at UCA. Scott received his doctorate from the University of Nebraska. The associate dean is Donna Bowman. The director of undergraduate research is Philip Frana. The director of student engagement is Patricia Smith.

The Honors Interdisciplinary Studies minor degree is satisfied by the completion of a two-tiered system of courses. The first tier of Honors courses makes up the Honors Program. These four courses are considered the "Honors Core" and credit from these classes is applied to the students' general education requirements. During the second semester of their sophomore year, students wishing to continue to the Honors College must successfully complete a sophomore lecture on a topic of their choice. The student must also meet certain GPA requirements to continue in the Honors College, the second tier of Honors course work. The fifteen credits in the second tier of the program satisfy the requirements of the interdisciplinary studies minor. In satisfying the minor requirements, students develop their own curriculum by selecting from a variety of course offerings or by taking advantage of independent study opportunities. For completion of the minor the student will complete two junior seminars, one senior seminar course, and two courses for the research and writing of a senior thesis.

Each year the Honors College sponsors lectures and performance events for its students, the entire campus, and the Central Arkansas community. These include High Tables, a series of lectures given by visiting academics; Soapboxes, a series of discussion groups led by Honors students or faculty; a weekly meditation group; and a Foreign Film Series. Nationally prominent figures are invited to speak and spend time interacting with students and faculty members during Challenge Week events. George McGovern, Ralph Nader, Ann Coulter, Michael Moore, Manning Marable, Neil Gaiman, Chuck Klosterman, and Robert F. Kennedy Jr. have all lectured during Challenge Weeks.

Students in the program and college have access to a physical place where faculty and students gather for good conversation, study, and to hear lectures and view films. Middleton Forum has computers, audiovisual equipment, tables and chairs, and a kitchen to support these activities. A room adjacent to the Forum serves as an ethnography laboratory for the preparation of course-related film projects. The forum is named for longtime administrative assistant Glenda Middleton. 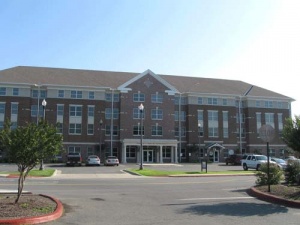 In addition to special instruction there is a special residential facility, Farris Hall, for Honors College students. Farris Hall houses residents in private, suite-style rooms. The hall is named for past UCA president Jefferson Farris Jr.

History of the Honors College

The most often told UCA Honors College origin story is of a hot August day in 1981 when then UCA President Jefferson Davis Farris Jr., came to rest next to Norbert Schedler on a concrete bench under a tree outside McAlister Hall on the Conway campus. However, Schedler began thinking about founding an Honors College on the campus of UCA almost a year earlier. The idea for such an institution first emerged in a conversation between Schedler and Michael Kelley, then a professor at UCA. Schedler and Kelley argued, first to fellow professor Phillip Anderson and then to administration officials, that the establishment of an Honors College might help UCA recruit and retain talented undergraduates, and improve the stature of the university as a whole. New UCA President Jefferson Farris, Vice President Marvin DeBoer, and Dean Robert M. McChesney all agreed that the idea had merit, and recommended that a full study be undertaken to consider Schedler's proposal.

In January 1982, Schedler accepted the university's invitation to create the UCA Honors College and was named its first Director. Schedler initiated an Honors pilot program in the fall of 1982 with an initial appropriation of six hundred dollars. Other early contributors of time and talent included UCA faculty members James Brodman, Eugene Corcoran, Robert Lowrey, and Helen Phillips. The first recruiting class of 1982 included sixty freshmen, together comprising an average ACT score of 26.8. A special Honors Center for honors class instruction was outfitted in the summer of 1983.

Past and Present Honors Instructors & Professors:

Past and Present Borrowed Instructors: