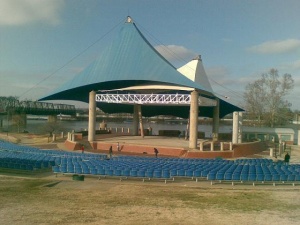 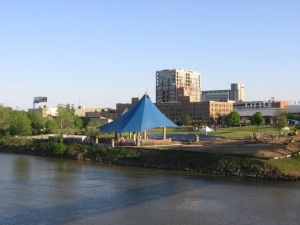 The amphitheater was modified in 1994 to allow for 1,375 reserve seats and 9,125 lawn chairs. The facility also has fixed restrooms and dressing rooms. The amphitheater is available for rent.

Riverfest Amphitheater was at the center of the local punk rock/indie rock scene in the early 1990s.