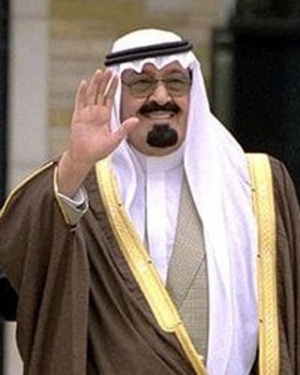 Crown Prince Abdullah bin Abdul Aziz Al-Saud, Deputy Prime Minister and Head of the National Guard of Saudi Arabia is one of the largest donors to the Clinton Foundation. In a 2006 op-ed piece published in the Wall Street Journal FBI chief Louis Freeh accused the president of neglecting the investigation into the 1996 Khobar Towers bombing during his administration, and instead "hit up Prince Abdullah for a contribution to his library."

Although donations to the foundation are not disclosed on the grounds of confidentiality, it was reported in 2007 that the Saudi Royal Family had given the organization in excess of $10 million for the Clinton presidential library. An official press release in the wake of this revelation stated, "As president, [Clinton] was beloved around the world, so it should come as no surprise that there has been an outpouring of financial support from around the world to sustain his post-presidential work."