Difference between revisions of "Mike Beebe" 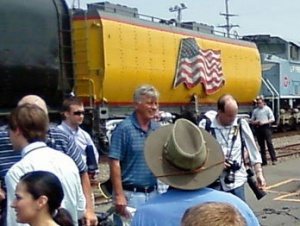 Mike Beebe is Democratic governor of the State of Arkansas. He is former attorney general of the state, serving from 2003 until his election to the governorship in 2006. Beebe served twenty years in the Arkansas State Senate. Beebe is architect of the largest tax cut in Arkansas state history, cutting the sales tax on groceries by fifty percent.

Beebe was born in Amagon, Arkansas. He received his bachelor's degree from Arkansas State University at Jonesboro in 1968. He received a juris doctorate from the UALR Law School at Fayetteville in 1972.