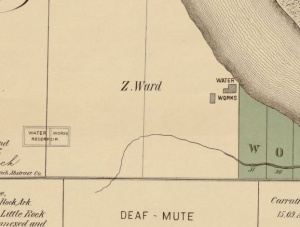 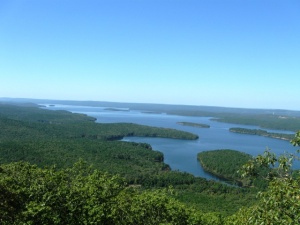 The Little Rock Municipal Water Works was established in 1935 with funds from the Works Progress Administration. The water works and reservoir were developed on land owned by Zeb Ward, the developer of the original water works for the city.

The City of Little Rock originally depended on the Arkansas River as its source of raw water. In 1936 the city put up $6.59 in forty year bonds to purchase the infrastructure of the private Arkansaw Water Company, build Lake Winona on the Alum Fork of the Saline River, construct water lines to the city, and build a water purification plant at Ozark Point. McDonnell Engineering Company acted as consulting engineering firm on the project. The system was completed on April 17, 1938.