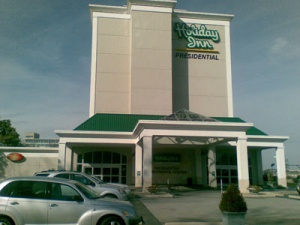 Holiday Inn is a national hotel chain with locations in central Arkansas.