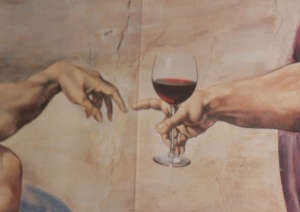 Alcohol consumption is a divisive and enduring issue in Arkansas, driven over time by religion, politics, and economics. As early as 1768 Captain Alexandre de Clouet traveled to Arkansas Post on the orders of the Spanish governor to explain the debilitating effects of alcohol to the local Quapaw Indians. In 1787 the Spanish colonial government outlawed the sale of alcohol to the Quapaw, and Arkansas Territory extended the ban to all Arkansas Native American tribes in 1806. Ashen victims of the violent New Madrid earthquake, the first clutch of Little Rockians resettled here under a relief bill passed in the 1810s, found themselves toe-to-toe with traveling bands of swindlers, mercenaries, and traders, many of them "swallowed up in dram-drinking, jockeying, and gambling." By 1820 central Arkansas was so thick with saloons that the state government began taxing them to slow down growth in the business. It didn't work. The Little Rock Temperance Society, a chapter of the evangelical American Temperance Society, was founded in 1831. The Little Rock Temperance Society was populated with local businessmen and others in the middle class who wished to keep tippling at a minimum in order to promote order in a frontier society. Ten years later the Arkansas State Temperance Society organized a march through downtown Little Rock on Main Street.

In 1853 the Arkansas State Legislature banned the sale of alcohol to slaves without owner permission.

During the Civil War, the state banned the manufacture of whiskey in order to husband supplies of corn for military use. The Confederate governor Harris Flanagin later admitted that the banning had failed. After the war, federal revenue agents began hunting down moonshiners in the state flaunting the federal excise tax on whiskey and other spirits. Into the time of the Civil War Arkansas, and the South, continued to be known as "the land of Dixie and whiskey."

In 1876 the Woman's Christian Temperance Union (WCTU) founds the the first Arkansas chapter of that organization in Monticello. The first state conference of the WCTU took place in Searcy in 1879. By 1888 the state had seventy-five WCTU chapters.

General Assembly in 1879 passed a local-option law requiring that Arkansas communities vote on dry county measures at least every two years. An 1885 law closed saloons on Sundays, and an 1899 law outlawed the sale of alcohol from one private citizen to another. In 1894, prominent businessmen and politicians organized themselves into the Arkansas chapter of the Anti-Saloon League. Many counties by 1900 had already made themselves "dry." The Anti-Saloon League fell apart around 1906 because of intense rivalries between church member denominations.

The Arkansas Liquor Law of 1913 made the entire state officially dry, though anti-prohibitionists claimed a small victory in that the act allowed saloons and bars to petition county courts for licenses, much like Arkansas bars and clubs do today. The Newberry Act of 1915 outlawed the manufacture and sale of alcohol within state borders. In the year of the passage of the Newberry Act, only twelve counties remained "wet."

Liquor sales in hotels and restaurants was permitted under a General Assembly law passed in 1943.

A mixed-drink bill framed by Governor Winthrop Rockefeller passed in 1969.

Legislation championed by Senator Lu Hardin in 1993 made local-option votes on wet/dry counties more difficult by raising the petition requirement to 38 percent of all registered voters.

The following 69 pages are in this category, out of 69 total.