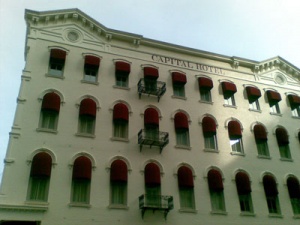 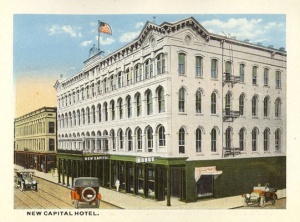 The proprietor of the hotel around 1890 was John F. Calef.