Brickhouse Grill is a restaurant and bar located at 218 S Main St. in the arts and entertainment district of Jonesboro, Arkansas. The business was established in 2007 by Louisianian Dan Johnson. The Brickhouse (as it is known by locals) provides a "New Orleans" style atmosphere, serving a variety of Cajun continental and seafood. Beer and spirits are also served here, making it a very popular location as it is one of the few places to obtain alcohol in Craighead county, one of the many Dry Counties of Arkansas. The Brickhouse enforces its policy against underage drinking strongly by holding minors' licenses at the door. However, the establishment's main attraction is its plethora of live music. Containing three musical stages, the Brickhouse has local music artists several nights a week, with some more well known musicians stopping by occasionally (Clutch played at the Brickhouse in November of 2010).The Brickhouse is also home to a dozen large televisions and two projection screens, making it a favorite for all sports fans.

The Brickhouse also hosts a special event each night of the week. 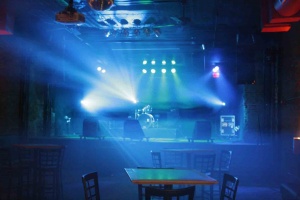