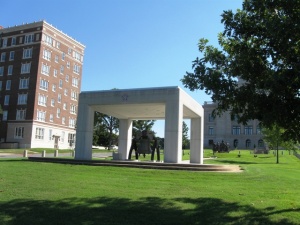 Liberty Bell replica inside the memorial. Photo by Phil Frana 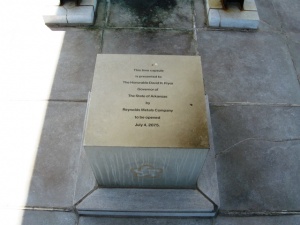 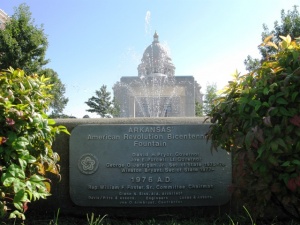 Buried at the site is a time capsule presented to the Governor of Arkansas at the time, David Pryor, to be opened on July 4, 2075. Next to the memorial is the American Revolution Bicentennial Fountain.

The chairman of the Bicentennial Celebration Committee was Joe E. Purcell. The architect of the memorial was Glenn M. Sink.