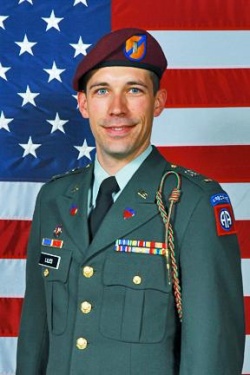 2nd Lieut. Liles was born in Hot Springs, Arkansas to Kristin Liles Quintanella. He attended Fountain Lake High school and attended the University of Central Arkansas where he earned a degree in liberal arts. In 2007 he entered the military and was a part of the 122nd Aviation Support Battalion, 82nd Combat Aviation Brigade, and the 82nd Airborne Division. He served in the National Guard, Army Reserves, and the U.S. Army as a paratrooper. Liles met and married Aubre Pachal Liles and had a daughter named Aurora.

On November 13, 2007 2nd Lieut. Liles died in Bagram, Afghanistan from injuries suffered in a non-combat related incident. He is buried in the Arkansas State Veterans Cemetery in North Little Rock, AR.